How Does Artificial Intelligence (AI) Work?

Artificial Intelligence – Through mathematics and logic, a computer system simulates the reasoning that people follow to learn from new info and make decisions.

A computer system with artificial intelligence makes predictions or takes actions based on patterns in the available data and can learn from its mistakes to be more precise. Advanced artificial intelligence processes new information extremely quickly and accurately, making it useful for complex scenarios such as driverless cars, image recognition programs, and virtual assistants. 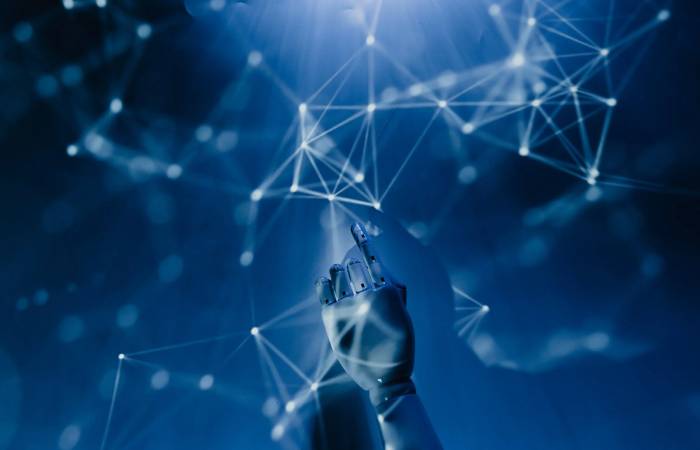 How did artificial intelligence come about?

At least since the 1st century BC, People are already fascinated by the possibility of building machines that mimic the human brain. In the modern age, the term “artificial intelligence” was coined in 1955 by John McCarthy. Together with other computer scientists, McCarthy organized a conference in 1956 under the title “Dartmouth Summer Research Project on Artificial Intelligence.”

Machine learning, deep learning, predictive analysis, and, more recently, prescriptive analysis emerged from these beginnings. In the meantime, a completely new branch of science has developed from this: data science.

Why is artificial intelligence important?

Today by far exceeds the ability of humans to absorb and interpret this data and to make complex decisions based on it. Artificial intelligence forms the basis for learning computers and represents the future for all complex decision-making processes.

Here is an example: Most people can work out how they do not lose in “win three” (circle and cross). Even if there are 255,168 different moves, there are 46,080 of which ended in a tie. In the case of “Queen,” the number of master players is already much lower – considering the 500 x 1018 or 500 quintillion different possible moves.

Computers are able to calculate such extensive combinations and permutations extremely efficiently, to arrive at the best decision. In the future, this high computing power should also be transferred to business decisions. In addition to AI (and machine learning as a logical further development), deep learning also plays a fundamental role.

In theory, a computer system with general artificial intelligence could solve highly complex problems, make judgments in uncertain situations, and incorporate previous knowledge into its current reasoning. It could have creativity and imagination on a par with people and perform far more tasks than narrow artificial intelligence.

A computer system with artificial superintelligence could outperform people in almost every field, including general knowledge, scientific creativity, and social skills.

Narrow artificial intelligence sometimes referred to as “weak AI,” refers to the ability of a computer system to perform a precisely defined task better than a person.

AI is the highest level of development that humanity has reached so far. All examples of seen in the natural world fall into this category, including autonomous vehicles and personal digital assistants.

Although it appears that is thinking for itself in real-time, it is coordinating several narrow processes and making decisions within a predetermined framework. The “thought” of does not imply consciousness or emotion.

There is the most basic form of Kl. The system recognizes its environment/situation directly and acts based on what it recognizes. It has no idea of ​​the outside world. It cannot create memories or use past experiences to influence current decisions. only specializes in one area.

Examples are IBM’s Deep Blue, which Kasparov defeated in chess, or Google’s AlphaGo, which triumphed over the human winner in the game of Go.

A little further up the evolutionary ladder of are systems with limited memories. They take pieces of past information into account and add them to their preprogrammed representations of the world. You have just enough memory or experience to make correct decisions and take appropriate actions.

3. Systems with their consciousness

Theory of Mind means developing your awareness. It includes recognizing yourself and others and developing an understanding that others can be wrong and therefore act wrong.

Moreover, such systems can understand thoughts and emotions that influence human behavior. It includes an understanding of feelings, motives, intentions, expectations, and the ability to interact socially on this basis. There are still no systems that can do this. But they are probably the next level of intelligent machines.

Examples from science fiction are C-3P0 and R2-D2 from the Star Wars films and Sonny from the movie “I Robot.”

However, these forms of Kl can form ideas about themselves. It represent an extension of the systems with their consciousness. They are aware of their inner states, can predict feelings, and create abstractions and draw conclusions. And also, they are the future generation of machineries: super-intelligent, sensitive, and conscious.

Examples are Eva in the film “Ex Machina” and synths from the TV series “Menschen.”

Does It Make Sense To Invest In A Gold IRA Company?